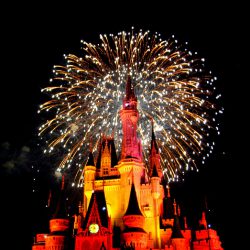 More and more theme park attractions are popping up but we’ve gathered the newest attractions you most absolutely don’t want to miss. From apocalyptic horrors to superheroes, these attractions are definitely worth a visit.

An interactive 3D ride, this attraction will feature animatronic figures, physical sets, digital projections and special effects. The maze like experience is one you shouldn’t miss. No date has been announced yet as to its opening but this for sure will be a fun, thrilling, scary and exciting adventure all in one.

The nighttime spectacular will start on June 17 and will launch one of the most fantastic pyrotechnical shows including special effects and video projections of the twin suns of Tatooine, a field of battle droids, the trench of the Death Star, Starkiller Base, other Star Wars destinations and a massive lightsaber.

3. Harry Potter and the Forbidden Journey at Universal Studios Hollywood (Open to the public)

Harry Potter has been sharing his magical world at the Wizarding World of Harry Potter in Florida and at Universal Studios Japan for a few years now but now they’ve headed to Hollywood. Open as of April 7, fans have been experiencing the mysteries of Hogwarts Castle with thrilling rides and attractions.

Word so far is even the queue is exciting with oil paintings springing to life and other magical moments. Part of the ride involves Dumbledore’s office, the Defence Against the Dark Arts classroom, the Gryffindor™ common room, the Room of Requirement and more.

The masterful and giant Kong reigns Skull Island, his island, his home, his kingdom. Similar to the movies the attraction focuses on Kong’s dominance and your struggle to fight through frightening beasts and predators.

The ride combines 3D screens, physical sets and gigantic animatronic figures. The attraction will have you joining a research team that brings you deeper and deeper into the jungle.

One of the Avengers is getting his own theme park attraction. Iron man, aka Tony Stark will be introducing the Stark Expo to Hong Kong Disneyland. Guests will be exploring the latest innovations from Stark Industries as they journey through the streets of Hong Kong while they battle it out with the evil forces of Hydra with no other than Iron Man himself.

Ride system tests have commenced so we can expect it to open soon.