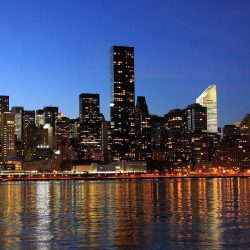 Amidst the tall buildings and the glaring fast paced lifestyle of Metropolitan New York lies a city that is yet to be explored and appreciated. The Big Apple may seem daunting and overwhelming but a few tips and guides will help you appreciate not only the beauty of what we know of New York but also the hidden gems situated in the most mundane of areas and alleys. Here’s a quick list of recommended places to help you start your journey in the Big Apple.

5 Must See Destinations in New York

To start things off nothing screams of New York City than the Statue of Liberty situated off shore from Manhattan on Liberty Island.

Tip – be sure to consider the optional VIP ticket to bypass the long lines going up the building.

Live out your romantic comedy moments by taking a stroll with your special someone in Central Park.

Indulge in what New York has to offer culturally in the prized collections and pieces found in the Metropolitan Art Museum.

Cap off your New York trip with a Broadway musical. Be sure to check the listings regarding the shows and show dates prior to your visit.

New York has a lot of things to offer and these 5 are but a few of the main attractions of the city. A useful tip is to begin your trip with a view of the city from an observation deck. This allows a complete view of the city and its impressive skyline. The Empire State Building is one that offers such an experience, but other places such as the Top of the Rock Observatory and the One World Observatory offer the same experience plus the added feature of seeing the Empire State Building as well.