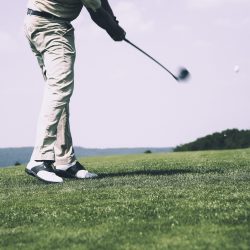 The 2017 United States Open Championship is scheduled on June 12 – 18 in Erin Hills in Erin, Wisconsin, northwest of Milwaukee. It will be the 117th U.S. Open and the first U.S. Open in Wisconsin, but the state’s fifth major championship.

The first U.S. Open was played on October 4, 1895, on a nine-hole course at the Newport Country Club in Newport, Rhode Island. It was a 36-hole competition played in a single day by ten professionals and one amateur. The winner was a 21-year-old Englishman named Horace Rawlins, who received $150 cash out of a prize fund of $335, plus a $50 gold medal.

The competition was dominated by experienced British players in the beginning. In 1911, John J. McDermott came to be the first native-born American winner.

Record Holder for the Most Victories

William Ben Hogan was an American professional golfer born on August 13, 1912 in Texas, USA. He is considered one of the greatest players in the history of the game winning four US Open tournaments – 1948, 1950, 1951, 1953. Being one of only five golfers to have won all four major championships currently open to professionals (the Masters Tournament, The Open, the U.S. Open, and the PGA Championship), he eventually retired at the age of 59.

From the Vault: Ben Hogan's 1948 #USOpen victory at Riviera.

Jack William Nicklaus, born January 21, 1940 in Ohio, is a retired American professional golfer. Nicknamed “The Golden Bear,” and regarded as the greatest golfer of all time, winning a record 18 career major championships much was accomplished over a span of 25 years. He won the US open in 1962, 1967, 1972, 1980 finished with 73 victories, third on the all-time list.