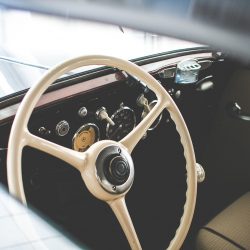 The Indianapolis 500 is held annually at Indianapolis Motor Speedway in Speedway, Indiana, USA. This automobile race event often shortened to “Indy 500” is held over Memorial Day weekend. The event, billed as The Greatest Spectacle in Racing, can gather roughly around up to 300,000 patrons each year.

The inaugural race took place in 1911 and was won by Ray Harroun, an American racecar driver from Pennsylvania. In 2011, Indy 500 celebrated its 100th anniversary. Last May 29, 2016; the 100th running was held wherein Takuma Sato, a Japanese professional racing driver from Tokyo, Japan became the champion.

It was in 1909 when The Indianapolis Motor Speedway complex was built. It served as a gravel-and-tar track and hosted few small events, including ones for motorcycles. The first long distance event, was the 100-lap Prest-O-Lite Trophy in 1909.

In the 1981 race, the name “65th Indianapolis 500-Mile Race” was officially used, dropping “International Sweepstakes” moniker. In 2016 the race became known as the “Indianapolis 500 presented by PennGrade Motor Oil.”

The most successful drivers who have won four times: