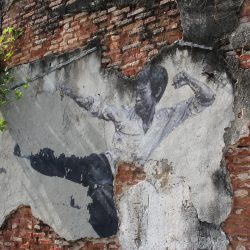 Lee Jun-fan, professionally known as Bruce Lee was a Chinese-American actor, film director and martial artist born on November 27, 1940 in Chinatown, San Francisco. He is considered as one of the most influential martial artists of all time because of his unparalleled skills and passion in teaching martial arts. He was also a pop culture icon of the 20th century for helping to change the way Asians were presented in American films. Let’s take a trip down memory lane and relive the 5 movies of Bruce Lee.

This Hong Kong martial arts action film was  Lee’s first major film and the film that made him famous across Asia. In this film, he played the role of Cheng Chao-an, a Chinese man who moves to Thailand to live with his cousins and work in an ice factory with them. When the members of his family began to disappear after meeting the management of the factory, he broke his promise of not getting involve to any fight so as to discover the mystery of the big boss.

This is Bruce Lee’s second major film after The Big Boss. This film grossed HK$4,431,423 surpassing the box office record set by The Big Boss. It was mistakenly released in the US as “The Chinese Connection.” Lee played the role of Chen Zhen, a martial arts student. When he returned to Shanghai, he discovered that the death of his master was due to poisoning, so he sets off on a mission of revenge.

This is a Hong Kong martial arts action-comedy film written, produced and directed by Bruce Lee, who also played the lead role. It was released in Hong Kong on December 30, 1972 and was released in the United States as Return of the Dragon. The film grossed HK$5,307,350.50 in the Hong Kong box office, making it the highest-grossing film of 1972 in Hong Kong. The film is about Tang Lung (Dragon) who arrives in Rome to help his cousins in their business. When they are pressured to sell their property to a syndicate, he does everything to finish their enemies off.

This is a Hong Kong – American martial arts film starring Bruce Lee as Lee, a man who was recruited to investigate a tournament where an alleged Opium trade happens. The film is considered as one of the greatest martial arts film of all time. Enter the Dragon grossed an estimated $21.5 million in North America, making it one of the most successful films in 1973. It was first released in Hong Kong on July 26, 1973, 6 days after Lee’s death.

This is an incomplete 1972 Hong Kong martial arts film directed, written, produced by and starring Bruce Lee. It was his final attempt because he died during the making of the film. In this movie, Bruce Lee played as a popular martial-arts master who stars in many films. Everyone thinks he is dead after an unsuccessful attempt to kill him, but he’s just hiding preparing for revenge. The movie was released in the US on June 8, 1979, 6 years after Lee’s death.