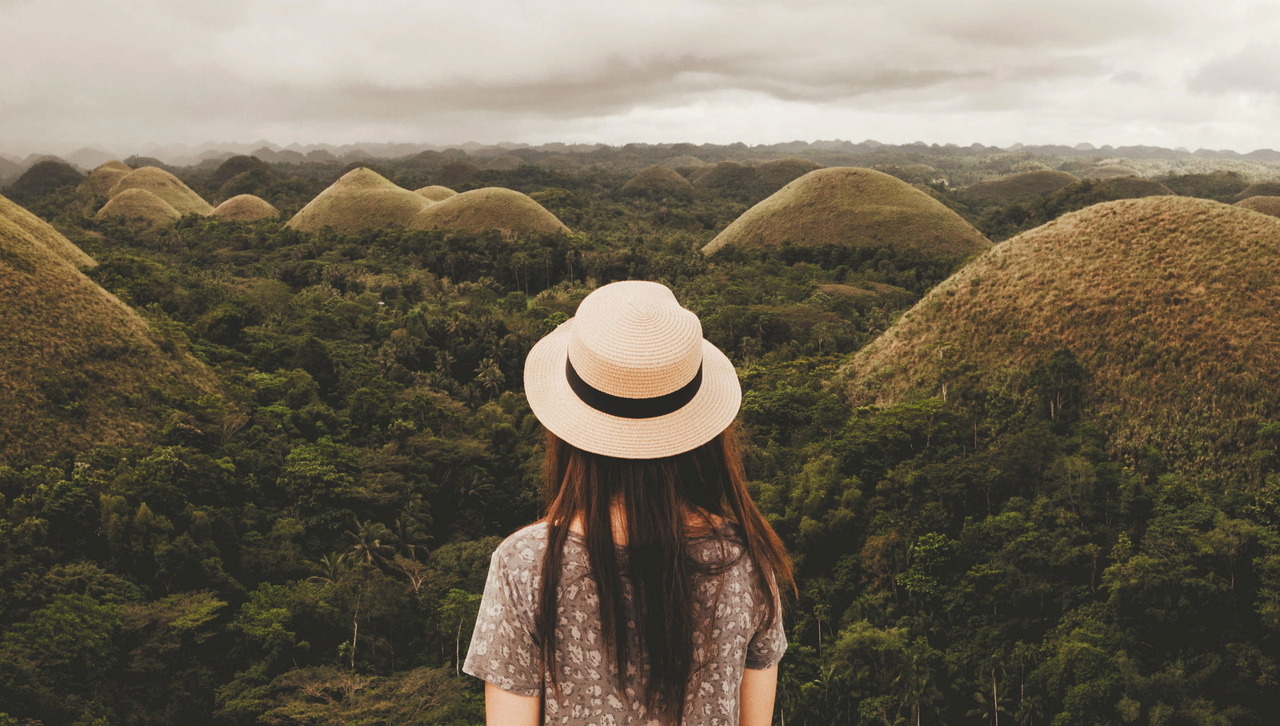 Chocolate Hills, it sounds delicious, probably would be a good name for another chocolate brand but this is actually a rare land formation in the Philippines, particularly in the island province of Bohol. Over 1,300 almost identical shaped hills that even science failed to explain the exact phenomena of the famous inedible Chocolate Hills of Bohol. Theories claim that the hills are residues of weathering and sedimentation, or that it was formed from the crevices of the surface of the crust. No one is sure. The name can be explained though since there are two major seasons in the Philippines: sunny and rainy seasons, the hills turn lush green during the rainy season and turn brown during the summer.

What science could not explain, the creative legends of folklore is rather believed. There is a fascinating story behind the hill formation. Filipinos tend to craft stories of origins of almost as everything in the country and the Chocolate Hills are no exception. 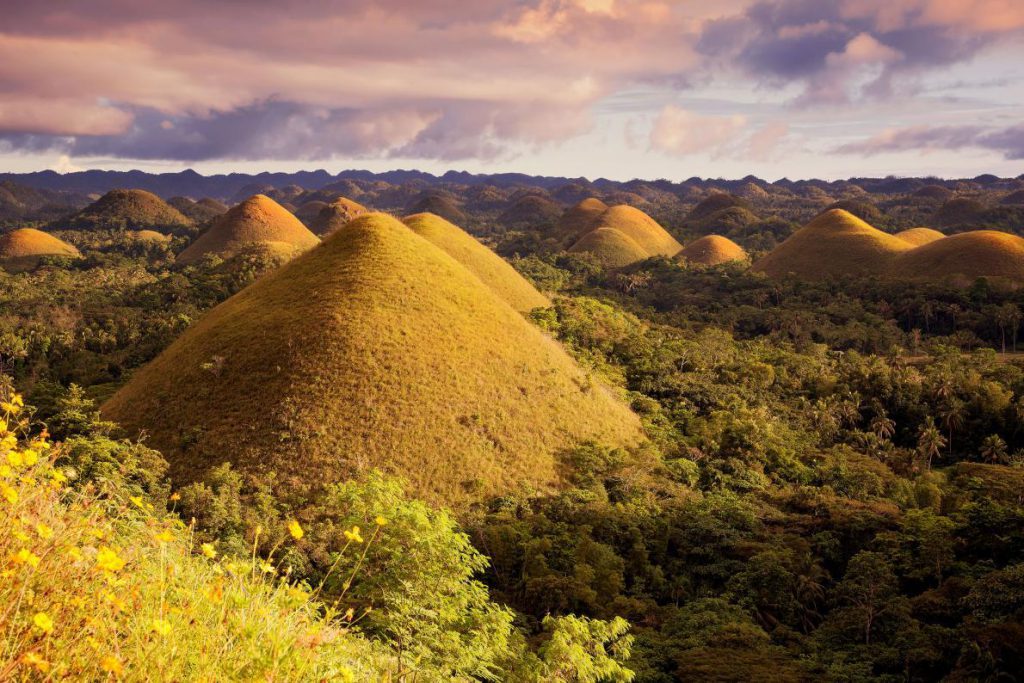 The ground where the hills are used to be flat and empty, according to the stories of everyone’s great great great something. Until there were these two giants, where these giants came from, I have no idea. And I did not dare to ask, apparently in ancient times of the Philippines, there are giants and no folklore originality. Going back to the giants, it was said that the two had a heated argument. The version I heard was vague but for your sake, I’d put in details so that you would not feel confused as I was.

The giant from the north, Rob Stark was upset with the giant from the, you guessed, it the south. It was named Jaime Lannister. Lannister had Stark’s father murdered and young Stark was beyond vengeful that he began hurling clumps of soil towards Lannister whom with his one hand began returning the favor towards Stark. They did just that until they had enough–until Stark has gotten it out of his system that whatever he does would not bring Ned Stark back to life. Both Stark and Lannister realized it was pointless to throw hills at each other and that they will have a new but common enemy in the next few seasons. The two giants walked away and the aftermath of the clumsy battle left the people the Chocolate Hills. The legend was basically making sense when it claimed that two large beings were responsible. As all legends make sense if the truth is aligned with fiction.

As of today, these hills are one of the most famous tourist spots in the Philippines along with the smallest monkey, the tarsier can be found in Bohol. My version of the story is another version that you would hear if you visit the province itself. Marvel at the sight of the giants’ battlefield or at the sight of one of the most amazing geographical wonders of the world.