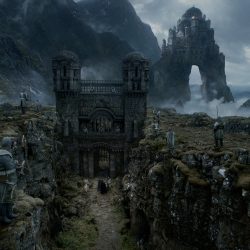 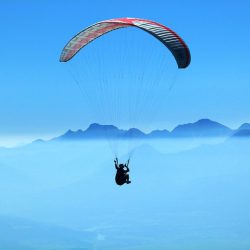 It’s easy to think of a perfect European getaway. You can go backpacking and enjoy the immersive culture of the country side, if not you can visit cultural heritage sites as well as museums but for a more adventurous getaway why not spend your weekend paragliding to enjoy the scenery and vastness that Europe has to offer.

Paragliding in Chamonix offers a spectacular view of the French alps as well as Mont Blanc. An added perk to this paragliding tour is that the conditions in the area is perfectly suited for beginners who would want to enjoy the view of the alps and valley.

The Julian Alps is an all year round attraction that offers a breathtaking view of the mountainous regions of Slovenia as well as the valleys around it. The weather and wind conditions are perfect for a smooth glide across the alps that offer a front row seat to view the majestic scenery.

Boasting one of the biggest sand dunes in Europe, the Dune of Pilat is a favorable paragliding site because of the forgiving weather and wind conditions as well as a very nice view of the ocean.

Tuscany’s vast vineyards and wine regions doesn’t only offer complex wine it also serves as a spectacular view during a paragliding session. Make sure to enjoy a glass after your adventure.

Take the adventure going to Oludeniz and enjoy the breathtaking view of the crisp blue seas as well the foliage surrounding the beaches of Turkey.

TIP! Make sure to contact tour groups and inquire about the rates as well as the schedule for paragliding to make the most out of your trip. Although a bit costly, paragliding is an activity that you wouldn’t want to miss. 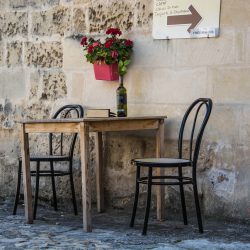 Have you ever had one of those night outs when someone suggests Italian food and the instant answer would be pizza or pasta? Well, make sure to check these Italian street foods when you pay a visit to little old Italy. There’s more to Italy than their wonderful pasta and pizza. Immerse yourself in the flavours that Italian cuisine has to offer.

A classic Italian dessert, one is sure to taste Italy once they try this sweet yet light pastry dessert from Sicily.

New to the Italian street food scene, this pocket carved from white pizza is filled with ox tail or chicken.

This Sicilian treat is everything that is good about street food, fried and filled with cheese and meat.  This savory treat would make you want more and more.

Of course Gelato is a part of this shortlist. This snowy and creamy treat packs a lot of flavour along with its smooth texture that makes you want to live in Italy for the rest of your life.

TIP! Make sure to get these treats in their region of origin (which is mostly in Sicily!) to get the best of the best in terms of authenticity. 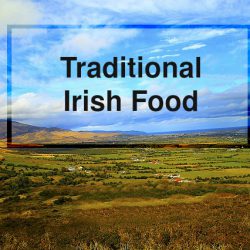 Ireland is a mystic land that has greatly influenced western culture. From its vast lands to its welcoming people Ireland surely has a lot to offer. Yet aside from the culture and the people Ireland also has a lot of succulent and savory dishes that are native to Ireland. Here’s a few of the tasty treats that you have to try once you visit the Emerald Isle.

Nothing makes you feel more at home than a steaming pot of stew. Irish stew makes the experience more homey and rich with the use of succulent mutton as the protein for the dish. Add in a variety of herbs and veggies and you have a deep dish that will make you feel at home in Ireland.

With the name taken from the act of coddling, Coddle is a homey Irish dish that makes use of left overs plus pork sausages and onions to boot. The ingredients are then slowly stewed in an oven to mix up all the savory flavours that make up the dish.

Soda bread is an Irish staple which makes use of sodium bicarbonate as the rising agent (hence the name). Soda bread is a good match for the hearty Irish stew or even Coddle.

Keeping up with the homey theme of Irish cuisine, Corned Beef and Cabbage is an Irish staple that would satisfy one’s cravings.

A type of blood sausage, Black pudding is a breakfast staple for Irish families. This sausage mix of blood, pork meat and fat mixed with various other ingredients is sure to make a pleasant start for any person. 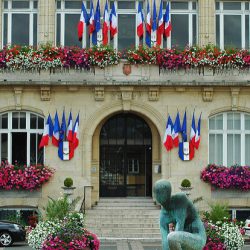 Every country has its own delicacy which you should eat when you visit. In France these are the delicacies that you can’t pass up. Make sure to look for these so you can proudly say you’ve given their French delicacies a try.

One of the better known French delicacies which evokes equal fascination and uncertainty, it’s cooked land snail and is regarded as the ‘gold in meat’ for its nutritious benefits.

A delightful explosion of flavor in your mouth, you’d be surprised to learn that it is specially fattened duck or goose liver. It’s considered a luxury food product and served in five star restaurants.

This French delicacy is plainly known as blood sausage. The sausages are made from pork, pigs blood, bread, pork fat, and spices.

Frog legs are rich in protein, omega-3 fatty acids, vitamin A, and potassium. It’s been said that they are similar to chicken wings.

There are over 350 to 450 distinct types of fromage or French cheese. Every region of France has its own particular cheese and lends to the regions distinct flavors.