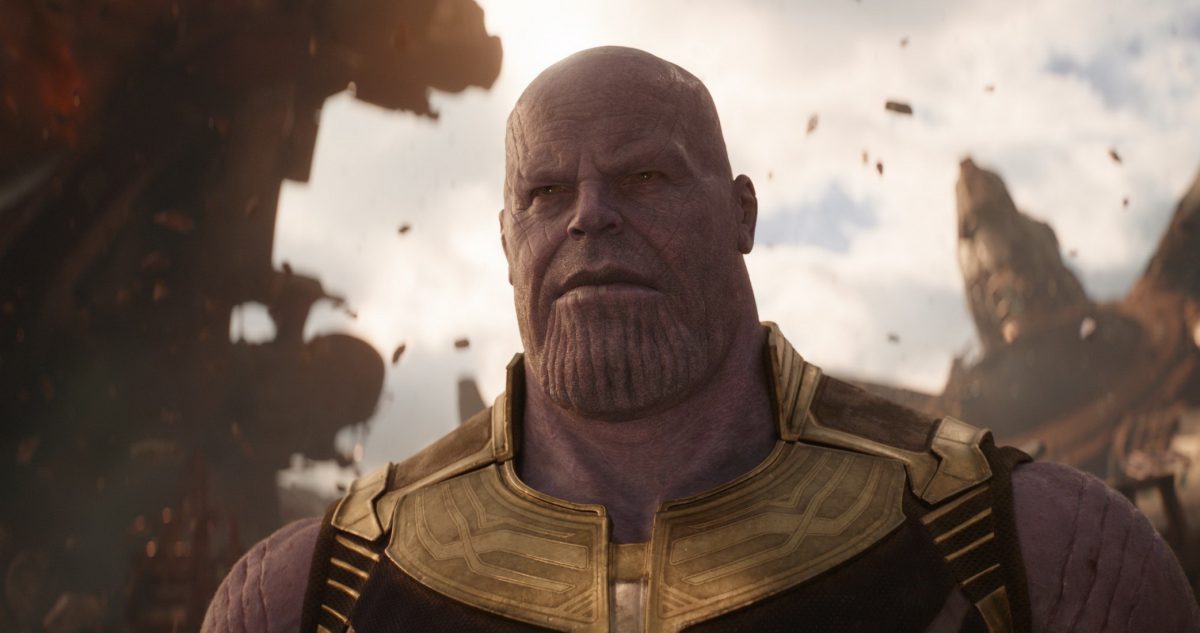 It has already been a week since the premiere of the recording breaking phenomena movie, the Avengers: Infinity War, the fruit of ten long years of collaborated Marvel superheroes, spearheaded by Iron Man (2008). The movie broke every single gross record worldwide last week, and it is basically about our favorite Avengers and Guardians saving the whole lot of the universe from the mad Titan, Thanos. MCU fans that have been around for ten years and beyond would not need any recaps as to how and why Thanos has come. 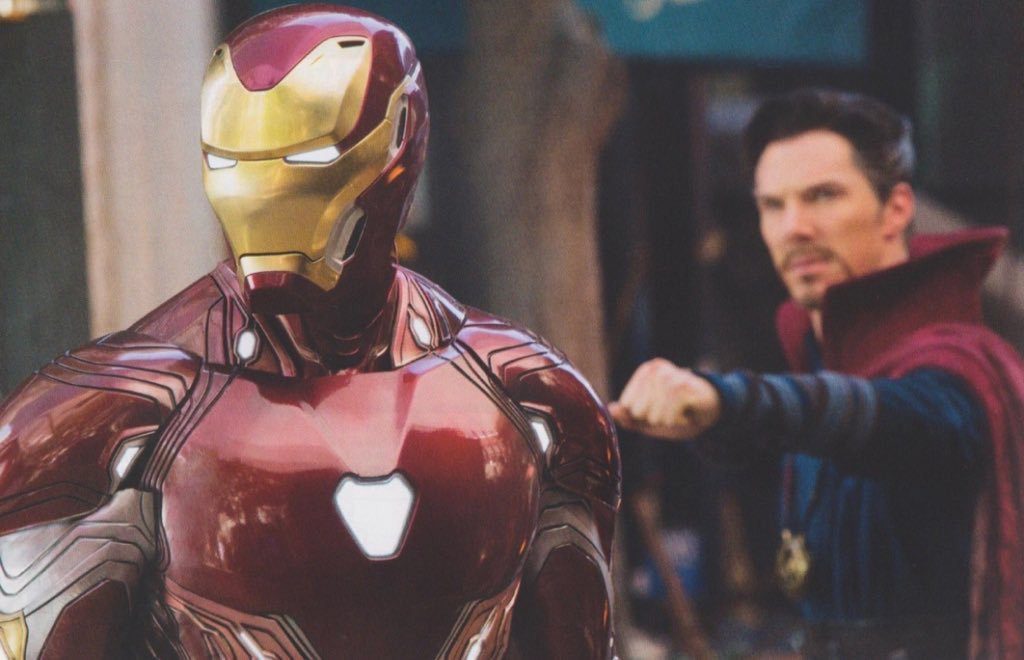 Fast forward to the end of the movie, there was a scene featuring the misunderstood villain watching the sunset in a deep solace that hyped everybody especially the Filipino fans.

The titan did state his plans of resting, “watch the sunset” after “all this” referring to the war and his goal of wiping half the universe for the other half to survive and thrive, ensuring mankind will not face extinction just like his home planet has become.

Thanos with the power of the Space Stone, the infinity stone capable of creating wormholes and portals, visited the Philippines. 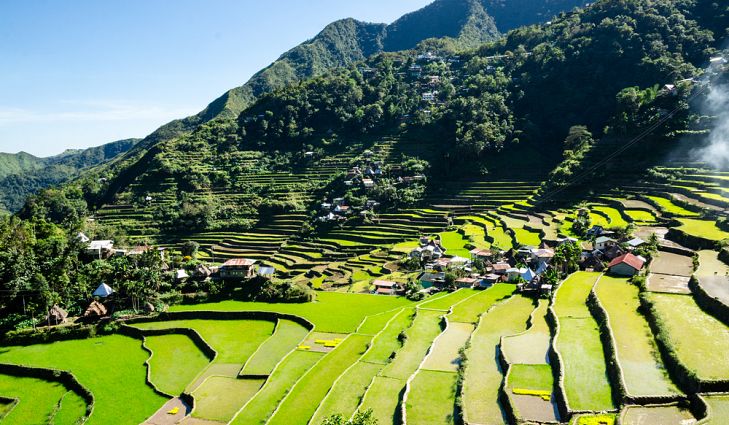 And the ever extra Filipino fans have a lot to say about it,

What a wonderful idea,

Yes, and he’d probably avail a Chowking halo-halo so that he can further chill too. 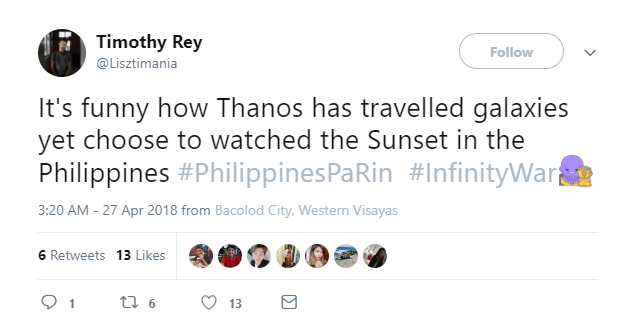 Apparently, the Titan has a taste. Where else could you spectate such a perfect sunset but in the Pearl of the Orient?

But despite being dubbed as the best villain of the MCU, he is really not that easy to love. 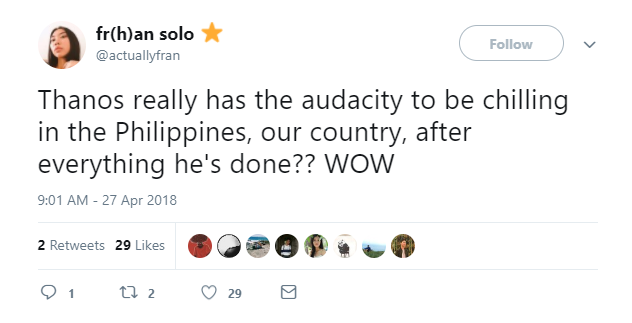 Some are just hostile towards the grieving villain,

Who are you calling purple grape? 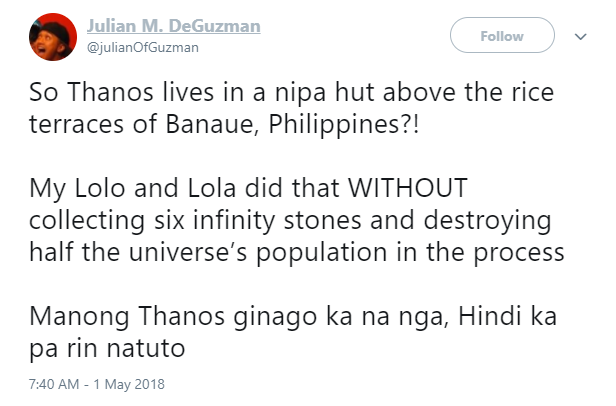 Some just disagree with the Thanos’ choice of a vacation spot, 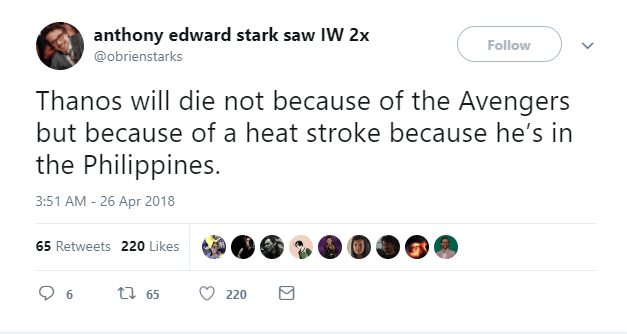 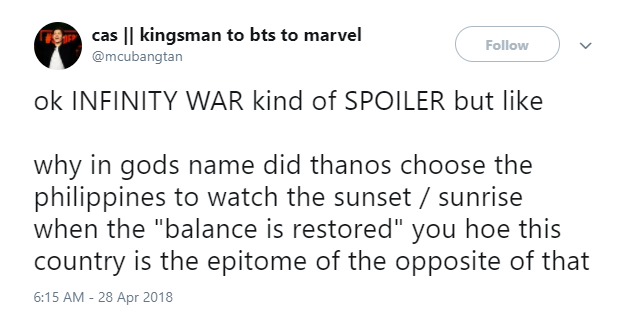 NAIA or the Manila International Airport,

And of course, due to the close and related context of the plot of the movie, it became political too-just like everything else in the Philippines.

I pray not though, buddy. 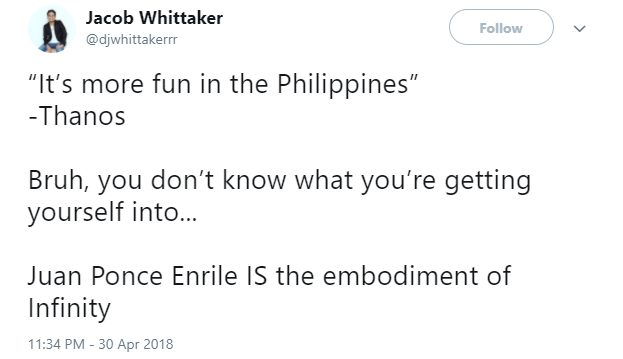 JPE will outlast you, Thanos. 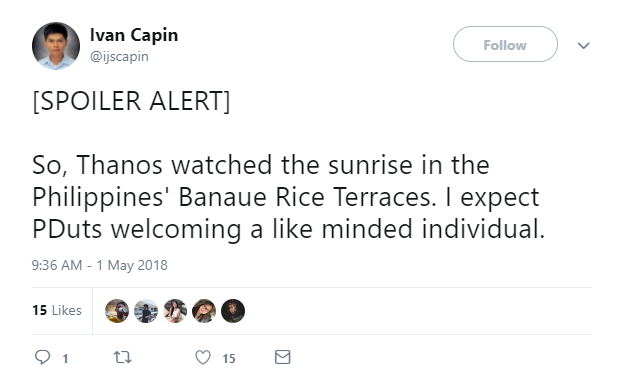 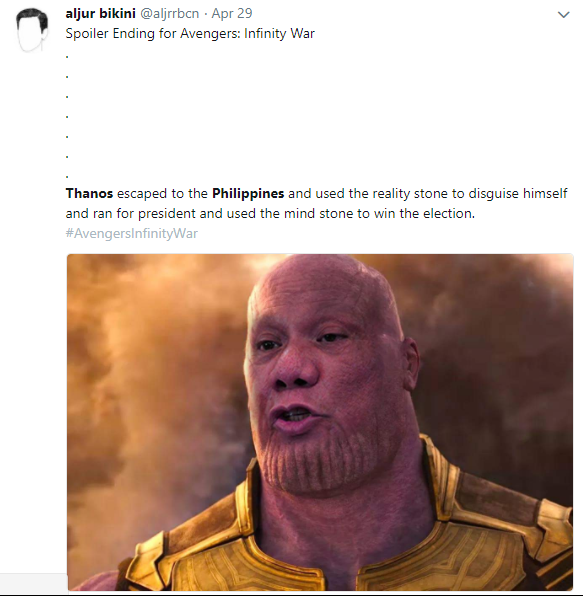 Thank God for the talented Photoshoppers,

Or let us just stick with the fictional truth, Thanos was a humble farmer that loved his planet and let us turn everything to economics this time. 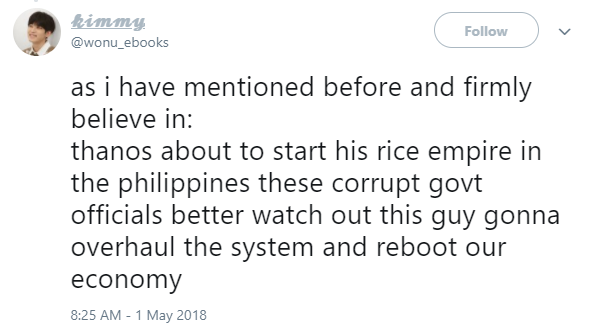 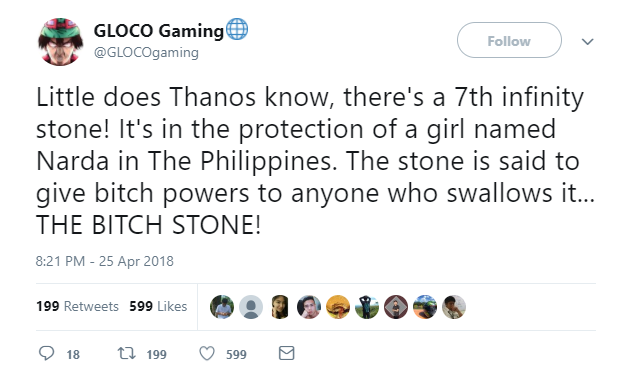 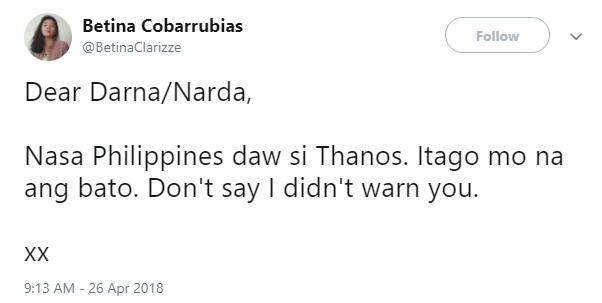 And perhaps the most important truth one yet,

Whatever reason Thanos chose the Philippines to chill and mope because of his loss, it is a good example. Even the most bad ass villain needs a break too, why not follow his example and travel now.