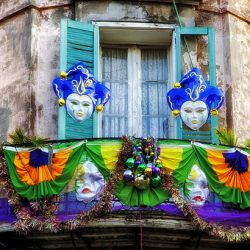 Mardi Gras is French word for “Fat Tuesday” which reflects the practice of the last night of eating richer, fatty foods before the fasting of the Lenten season.

In some countries, it is called Shrove Tuesday referring to events of the Carnival celebrations, beginning on or after the Christian feasts of the Epiphany and culminating on the day before Ash Wednesday.

Mardi Gras all around the world

The Mardi Gras really showcases the enduring French traditions in New Orleans. It begins with a masked ball on the Feast of the Epiphany on January 6 but the largest and most elaborate parades take place the last five days of the Mardi Gras celebration.

Mardi Gras in Veracruz is called Carnaval. Eight days before Lent, the festival kicks off with the quema del mal humor—the “burning of ill humor” in the form of an effigy of Satan or an unpopular political figure. The Carnaval is enjoyed with festive parades, floats, costumes, music, dancing, and all-night partying which cause the city of Veracruz to shut down all throughout the event.

Karneval, also known as Fasching in some parts of Germany, begins November 11 all the way through winter. In Cologne, the festive events include parades, balls, concerts, and traditional variety shows. The highlight of the carnival is Rose Monday which happens two days before Ash Wednesday. Cologne folks go out masqueraded and greet each other “Kölle Alaaf!”

The flamboyant Venetian Carnevale  is known to be the mother of all Mardis Gras celebrations. About two weeks before Lent, locals will be seen in authentic costume. Masks are an important feature of the Venetian celebration. Several distinct styles of mask are worn by people according to their occupation. Some of the most popular types of masks are bauta, a white mask covering the entire face; colombina, a half mask; and the Medico della peste which is a mask with a long beak. 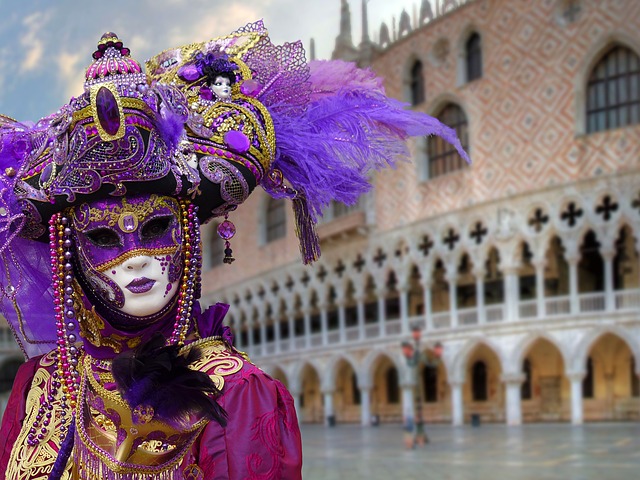 The Patras’s Carnival, Patrino karnavali, was inspired by Dionysus, the god of wine. It officially starst on St. Anthony’s Day (January 17) and stretches all the way into early March, and ends up with a lavish parade and a kite-flying competition. It is one of the largest festivities of its kind in Greece and one of the biggest in the entire Europe.

Mardi Gras in the Philippines

The European countries and the United States are not the only places known for Mardi Gras celebration. The Philippine culture also showcases the festival with their own version of it like the the Ati-Atihan of Kalibo, Aklan celebrated every January 14 to 16; Iloilo’s Dinagyang from January 17 to 23; the Sinulog of Cebu City every January 23; and the Masskara Festival of Bacolod City every October 19. The Pasayahan sa Lucena in Quezon province also reflects the Mardi Gras. The grand parade highlights colorful costumes, props, elegant floats and street dancing.