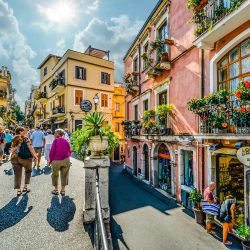 When you travel, you interact with many different kinds of people and anywhere you travel you would always need a few basic phrases in a foreign language so you can get around. Here are some basic communication skills to help you communicate effectively when you travel to a non-English speaking country. 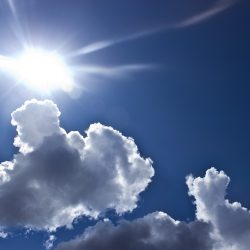 The Summer Solstice or midsummer as it’s also known happens twice a year. Once in the northern hemisphere and once in the southern hemisphere when the sun reaches its highest position in the sky. This occurs when a planet’s rotational axis is most inclined toward the star that it orbits.

Midsummer celebrations around the world

Stonehenge Wiltshire, England
The summer solstice in Stonehenge is perhaps the biggest and most famous celebration of midsummer, where around 12,000 people gather to watch the sun rise above the Heel Stone.

In Austria, summer solstice is celebrated each year with a 90-minute procession of up to 30 ships down the Danube River as fireworks are shot from the banks and hill tops while bonfires and the vineyards are lit up.

To celebrate midsummer, many workplaces and shops in Finland close their doors at noon. Many Finns leave the cities and spend time in the countryside. Many music festivals are also organized as a celebration of midsummer.

Ireland has ‘Midsummer Carnivals’ with fairs, concerts and fireworks either on or on the weekend nearest to Midsummer. This tradition associated with St. John’s Night is also celebrated by lighting up bonfires on hilltops.

Iran has the Tiregān and Gilaki Bal Nowrooz festivals which are related to midsummer. Lighting the fire, thanking God for the blessings and crops, and praying for the peace of the souls of the dead are part of the ancient Iranian tradition.

In Russia, they have Ivan Kupala Day to celebrate midsummer. The holiday is associated with water and fertility. Some old folk traditions are practiced on this day – young girls float flower garlands on rivers and attempt to tell their fortunes from the movement or boys and girls jump over bonfires to test the strength of their relationship — if they don’t hold hands for the entire jump, the couple is predicted to separate. 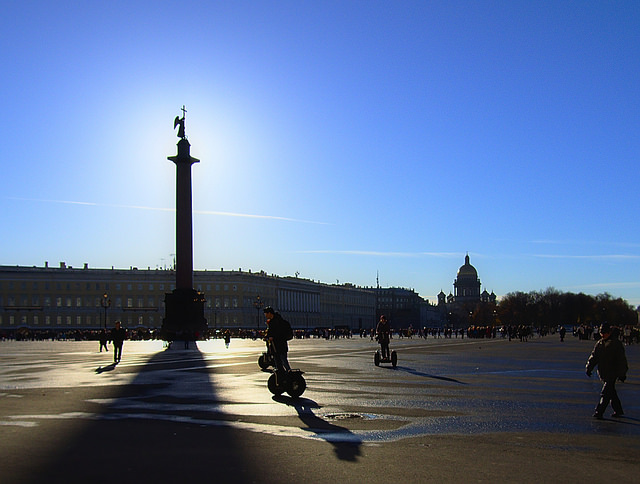 Midsummer in Sweden is celebrated for two days. This most important holiday on the Swedish calendar is celebrated with the traditional, flower-festooned maypole.

In US, events such as local festivals featuring art or music; environmental awareness activities that focus on using natural sunlight as a source of energy; and family gatherings are held in observance of the summer solstice. 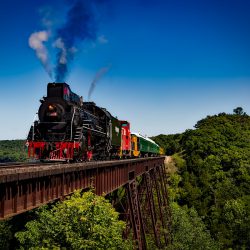 Train rides are a relaxed and laidback way of traveling. Some of the world’s most breathtaking views can be seen while riding a train. The journey on a train might take from few hours to more than a week but that won’t beat the drama and the opportunities of seeing amazing views along the way. Let’s take a look at some of the exceptionally scenic train rides around the world.

Referred to as the slowest express train in the world, The Glacier Express travels directly from Zermatt to St. Moritz for about 8 hours. The reason for its slow pace: it chugs through the Alps, through narrow valleys, 91 tunnels and across 291 bridges. The green valleys and the snowy mountains make it a visually pleasing experience.

The Durango train, which has been in continuous operation since 1882, winds through spectacular & breathtaking canyons in the remote wilderness of the two-million acre San Juan National Forest. At Durango you’ll experience the adventure of traveling by a coal-fired, steam-operated train that chugs its way at 18 miles per hour.

The Tranzalpine travels from the garden-loving city of Christchurch, to the rugged wilds of Greymouth and crosses the South Island’s west coast through the amazing misty mountain scenery of the Southern Alps in 4.5 hours. Along the way, your eyes will feast on vistas of Canterbury plain farmland and the Waimakiriri River, followed by dramatic alpine viaducts leading to Arthur’s Pass.

The Maharajas Express, a luxury train debuted in 2010 and was voted “The World’s Leading Luxury Train” 5 times in a row and is the most expensive luxury train in the world. Its journey from Delhi and Mumbai lasts three-to-seven nights. Aside from the modern amenities and the comfortable on board experience, a train ride on Maharajas Express will take you through colorful Rajasthan to India’s most photo-worthy destinations: Agra (home of the Taj Mahal), Jaipur, Udaipur and Ranthambore (where you can see Bengal tigers in the wild).

Northern Europe’s highest railway was built between 1875 and 1909. Using hydroelectricity or other renewable sources, the train crosses the high mountain range between Oslo and Bergen for 7 hours. Along the way some of the most pristine glacier-carved fjords, the windswept mountain plateau, largest protected wilderness area in Europe and lush valleys in the city of Bergen can be seen. 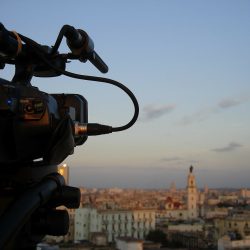 Travel is a much awaited subject but there’s a side to travel we don’t often see. It’s the untouched and oftentimes sad side of travel. Here are 5 travel documentaries we think you should watch to get a better appreciation of the different cultures and places around the world.

This is a surf movie directed and produced by Bruce Brown. Bruce Brown followed two surfers, Mike Hynson and Robert August, as they go on a surfing trip to the coasts of Australia, New Zealand, Tahiti, Hawaii, Senegal, Ghana, Nigeria and South Africa. The film wants to show how it would be possible for someone who has enough time and money to follow the summer up and down the world (northern to southern hemisphere and back), making it endless.

Baraka is a documentary film directed by Ron Fricke and shows natural events, life, human activities and technological phenomena shot in 24 countries on six continents over 14-months. It features locations such as the Church of the Holy Sepulchre in Jerusalem, the Ryoan temple in Kyoto, Lake Natron in Tanzania, burning oil fields in Kuwait, the smoldering precipice of an active volcano, a busy subway terminal, tribal celebrations of the Maasai in Kenya, and chanting monks in the Dip Tse Chok Ling monastery.

The Motorcycle Diaries is a great road trip movie based on Che Guevara’s journey across South America. His journey together with his friend Alberto Granado, uncovers secrets, beauties, and struggles of Latin America. The movie apart from showing what South America has to offer, is also an example of how traveling can affect one’s views and decisions.

South Pacific is a British nature documentary series from the BBC Natural History Unit with six episodes. The mini-series is co-produced by Discovery Channel and surveys the nature and culture of the numerous islands in the South Pacific region. The film was shot for 18 months in a variety of remote locations around the Pacific including: Anuta (Solomon Islands), Banks Islands, French Frigate Shoals, Papua New Guinea, Palmyra, Kingman Reef, Tuvalu, Palau, Caroline Islands, Tuamotus and Tanna Island in Vanuatu.

Human Planet is an 8-part BBC produced documentary series about human species and its relationship to the natural world. It was filmed in the deserts, jungles, forests, urban metropolises, oceans, high mountains, riversides, and grasslands of over 70 locations in 40 different countries. The film also features subjects such as camel herders in the Gobi desert, African fertility dances, and Hunters from Greenland, divers in the Philippines, Hawaiian surfers, untouched tribes in Brazil, and bee-keepers from New York. 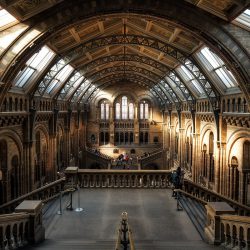 Every year, on or around May 18; International Museum Day is celebrated in coordination with the International Council of Museums (ICOM). Created in 1977, IMD serves as museum professionals’ opportunity to reach the public and alert them of the challenges that museums are facing. It is therefore a platform for public awareness on the role museums play in the development of society today on an international level.

The event theme changes yearly. This year’s theme of International Museum Day is – Museums and contested histories: Saying the unspeakable in museums.

This theme focuses on the role of museums that, by working to benefit society, become hubs for promoting peaceful relationships between people. It also highlights how the acceptance of a contested history is the first step in envisioning a shared future under the banner of reconciliation.

In 2016, 30,000 museums from 145 countries have participated. The number is expected to grow this year as this international event is gaining popularity among cultural institutions from around the world.