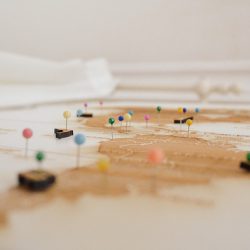 Scavenger Hunt began to be popular in the United States in the early 1930’s. It was the American gossip columnist, author and songwriter Elsa Maxwell who introduced the scavenger hunt as a party game. National Scavenger Hunt Day is observed annually on May 24.

In a scavenger hunt game, teams are challenged to “scavenge” for a list of odd items. Participants are not allowed to buy the objects. They have to barter, beg or work for them. The first team to complete the list or the one with the most items from the list wins.

There’s a variation of the game where players take photos of listed items or the participants are challenged to complete the tasks on the list in the most creative manner. In some scavenger hunts, riddles are added to each item making the game more difficult.

There’s also an internet and media scavenger hunts, wherein invited participants visit different websites to find clues and solve the puzzle, sometimes for a prize. It was in 1992 when the first internet scavenger hunt was developed by Rick Gates.