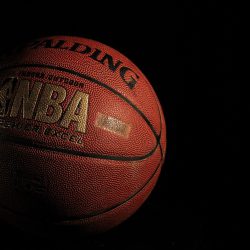 The NBA Finals 2017 begins. The fans of the most popular ball game competition in the in the world were excited to watch the Warriors and the Cavaliers dominate the NBA scene on Thursday, June 01, 2017.

Warriors is a team established in 1946 as Philadelphia Warriors as they are based in Philadelphia that time. In 1962, the franchise was relocated to San Franciso Bay Area thus changing their name to San Francisco Warriors. Since 1971 up to present, they are using the moniker Golden State as the team has been based in Oakland California since then.

Players Wilt Chamberlain and Stephen Curry were named NBA’s Most Valuable Player while playing for the team. Warriors holds the NBA record for the best regular season with 73 – 9 and most combined wins in a season with 88 wins.

The Cavs is a team based in Cleveland, Ohio founded in 1970. In the 2016 NBA Finals, Cavaliers defeated the Golden State Warrior in a 4 – 3 rematch game. It was historical since it was the first ever NBA championship won by the Cavaliers franchise. LeBron James, who propelled the team to the come back, was named the 2016 NBA Finals MVP.

Who will emerge as this season’s champion? We’ll start to find out in few days.