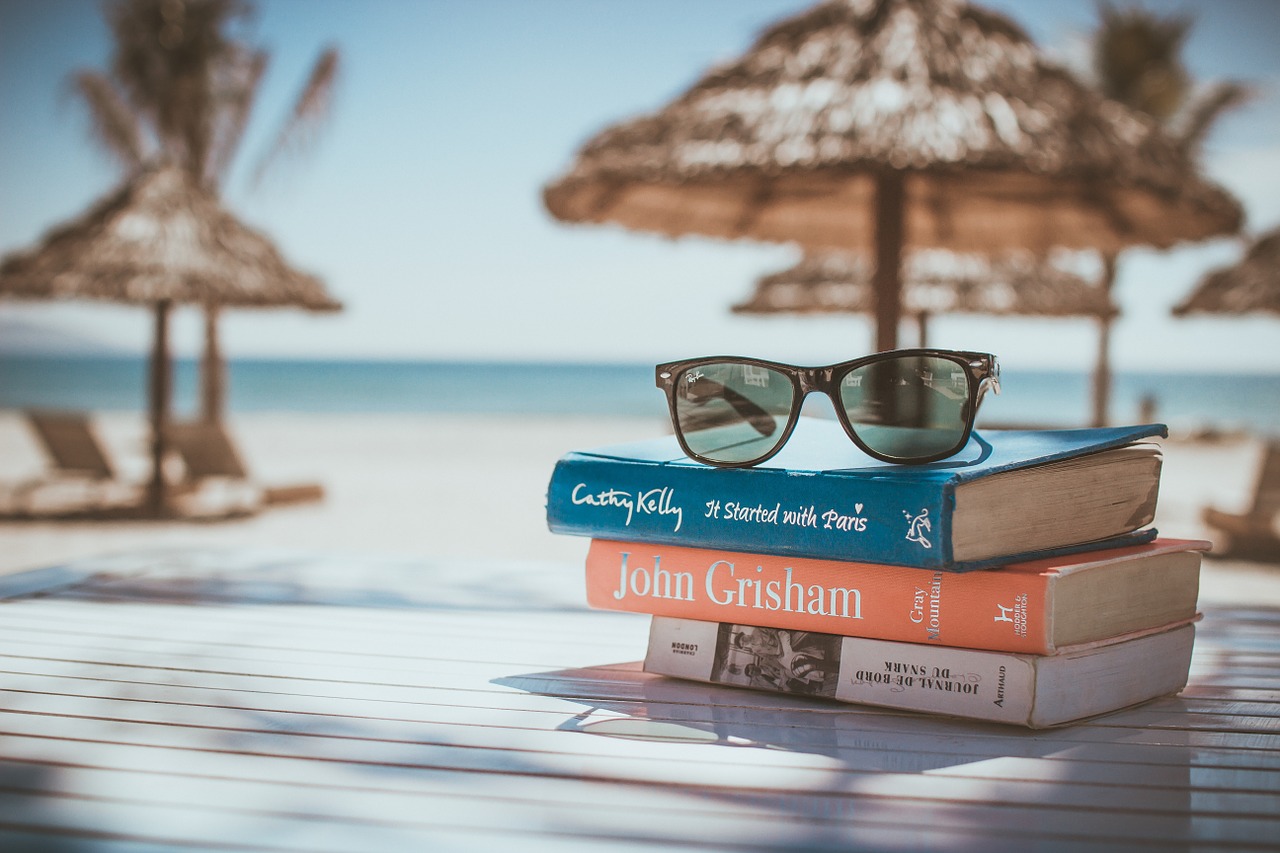 The beach is a great escape from the hustle and bustle of the city life. With so little to no distractions at all in the beach, one definitely will have a good time reading his or her favorite book. Aside from that, a place surrounded with nature inspires people to read and we feel and understand better what we read when we are in a natural environment. Here are some recommended beach reading suggestions.

The book was written by Beatriz Williams – New York Times, USA Today, and international bestselling author from Seattle – and was published on May 30, 2013.

The book unfolds in 1930s Seaview, Rhode Island; where Lily Dane returns not just to escape the New York’s social scene but also from a heartbreak that still haunts her. Here, among the Seaside community that has embraced her since childhood, she finds comfort in the familiar rituals of summer. Until the Greenwalds, an unwelcome specter from her past takes up residence in the community. The arrival of Budgie and Nick Greenwald, her former best friend and former fiancé, complicated further her own life. As a massive hurricane churns northward, Lily and Nick must confront an emotional storm that will change their worlds forever.

Lily’s story of love, betrayal, fun in the summer sun, and plenty of scandal, makes A Hundred Summers a great and engrossing beach read.

This book was written by Virginia Woolf, an English writer from United Kingdom and was published on May 14, 1925.

This novel is about a day in the life of Clarissa Dalloway, a fictional high-society woman in post–First World War England. It addresses Clarissa’s preparations for a party she will host that evening of June 1923. The story travels forwards and back in time and in and out of the characters’ minds to construct an image of Clarissa’s life and of the inter-war social structure.

What makes this book perfect for the beach are the thoughts, impressions, and memories that will lap around like gentle waves and scenes that will dissolve into each other like sand castles melting away.

The Island House is a book written by Nancy Thayes, an American novelist from Massachusetts on May 31, 2016.

The story is about a girl named Courtney who seems to never forget the magical summer she spent with her college roommate Robin and his family on Nantucket. When Courtney started working in Kansas City, she decided to spend another summer in the sun-swept paradise for one personal reason – she needs to know whether James, Robin’s brother; shares the feelings she’s secretly had for him.

As the summer unfolds, a crisis escalates, surprising truths are revealed, and Courtney will at last find out where her heart and her future lie.

The Island House is a beautiful story about the ties that bind us—and how the blessings of love and family heal us in ways we never dream possible.

This is a historical fiction novel, written by Kristin Hannah, an award-winning and best-selling American novelist and was published in February 3, 2015.

It tells the story of two sisters, just coming of age in France on the eve of World War II. Vianne, who endures the capture of her husband has to deal with the oppression under Nazi system in order for her and her daughter to survive. Isabelle, the younger one decides to resist the occupation hiding under the code name “Nightingale.” She survives despite the hellish conditions she experienced and got reunited to Vianne before she dies.

The book is not light summer fluff, but anything about survival, love, freedom and heroic acts for the family or for other people is really an inspiring read while on the beach.

The Martian is a 2011 science fiction novel written by Andy Weir, an American novelist from California. In 2014, Crown Publishing purchased the rights and re-released the book.

The story follows an American astronaut, Mark Watney, as he becomes stranded alone on Mars in the year 2035. After a dust storm nearly kills him and forces his crew to evacuate while thinking him dead, Mark finds himself stranded and completely alone with no way to even signal Earth that he’s alive. Drawing on his ingenuity, his engineering skills, he steadfastly confronts one seemingly insurmountable obstacle after the next. Will his resourcefulness be enough to overcome the impossible odds against him?

The Martian is a perfect summer reading to someone who is always looking for adventure. While reading the book on the beach, you’ll get the idea of how it feels to be adrift on the desolate landscape of Mars.