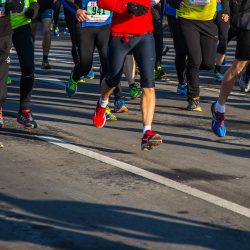 The Boston Marathon which is considered as the world’s oldest annual marathon, began in 1897. It is also known as the world’s best-known road racing events and attracts around 500,000 spectators every year. This marathon which is organized by the Boston Athletic Association, a non-profit organization; is held in several cities in greater Boston in eastern Massachusetts, USA every third Monday of April.

Notable features of the Boston Marathon

It is a tradition for the students at Wellesley College, a women’s college to cheer on the runners and offer kisses. The students line the course for around 400meters and their scream is so loud that it can be heard from a mile away.

Since 1903, the Boston Red Sox, an American professional baseball team; play a home game in Fernway Park at 11:05 am. When the games ends, everyone from the event would empty into Kenmore Square to cheer the runners entering the final mile.

Every year, some people choose to run the course in a variety of costumes. In 2014, runners and spectators were discouraged to wear costumes covering the face or bulky outfits for security reasons.

Dick is the father of Rick who has cerebral palsy. With the help of technology, they were able to communicate with Rick and discovered that one of Rick’s passions is sports. The father and son tandem started competing in charity runs, with Dick pushing Rick’s wheelchair. In 2012, the duo, known as “Team Hoyt” completed their 30th Boston marathon.

What to expect for 2017 Boston Marathon

One of the highlights for this year’s Boston Marathon is the return of the Six Champions. This Patriot’s Day, April 17, 2017; some of the previous winners of the race will aim for their second titles on the Boston marathon.

Top American Olympic medalists, such as Galen Rupp and Shalane Flanagan are also coming to Boston to compete.