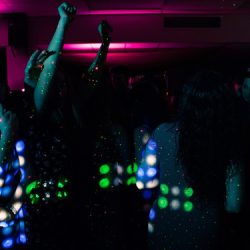 Dance clubs are venues which operate late at night and serve foods, drink, entertainment and music for dancing. Typically, nightclubs feature a stage for live music, one or more dance floor areas illuminated by colored lights and a DJ booth where the DJ plays recorded music.

Here are some of the world’s most famous dance clubs offering the best parties:

Rex Club is a dance club located in Paris, France. It proposed disco music in 1970’s, rock in 1980’s and electronic music in 1993. Today, t is one of the city’s oldest and longest-running spots for techno and house parties.

Hakkasan is a part of the MGM Grand Hotel & Casino in Las Vegas. The clubs’ artists make it one of the best clubs in the world. Famous DJ’s like Calvin Harris, Afrojack, Tiesto and Steve Aoki perform there regularly.

This nightclub which was named after the French creole word for party is located in Singapore. Founded in 1991, it is one of Singapore’s oldest and most popular dance club playing variety of dance music. It has a capacity of 1500 people.

Fabric which opened in 1999, is located in Farringdon, London England. It can accommodate 2500 guests. Its unique feature is the “bodysonic” dancefloor which vibrates to the music’s baseline.

This nightclub in Tokyo, Japan opened in 2010. Womb’s main feature is its giant mirror ball on the main floor. Some of the famous musical artists who performed at Womb are Paul Oakenfold, The Chemical Brothers, Steve Aoki and Diplo.